New Episodes Are Released Every Wednesday at 7am EST!

#63 - Join Kay Suthar and George Morris as they talk about George's experiences starting a business with no prior business expertise and in a challenging economic climate. George worked hard to expand his company to the point where it was at its greatest. He told everyone who would listen about his mistakes and the lessons he had learned, from his clients to the rest of the world.

Here's a breakdown of what to expect in this episode:

His name is George Morris. He's a certified scaling-up coach and a lifelong entrepreneur. He has walked the entrepreneurs' journey from zero business experience, and starting up during awful economic conditions on the.com. Crash. And then he's built his business to a place where it's at its best, and it's a fast-growing company, George happily shared his mistakes and lessons learned to the rest of the world to his clients to anyone that would spend some time and actually speak with him. George is adamant that business fundamental unlocks the potential of teams and organizations. He lives just outside of Boulder, Colorado with two of his kids, and can often be found riding his bikes in the mountains and rows of Colorado.

He actively works alongside CEOs of multi-million dollar companies to scale their business using the Scaling Up framework, while also giving back to and supporting the next generation of purpose-driven entrepreneurs. The Scaling Up Methodology aligns companies with a clear vision, goals, meeting structure, and reporting. Its genius is in the simplicity of the system. However, don't confuse simplicity with ease. His job as a Scaling Up Coach is to reduce the complexity within your organization. Less complexity means greater efficiency, profits, happiness, and agility. All his work is guaranteed and has zero risk. If you aren't convinced this methodology is working for you then you don't have to pay him for the services he provided. That's how convinced he is that Scaling Up is the best framework for accelerating growth. 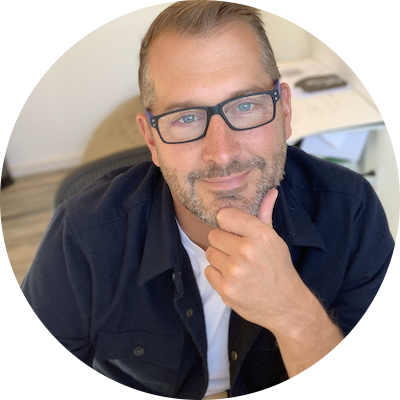 Here are some great episodes to start with! 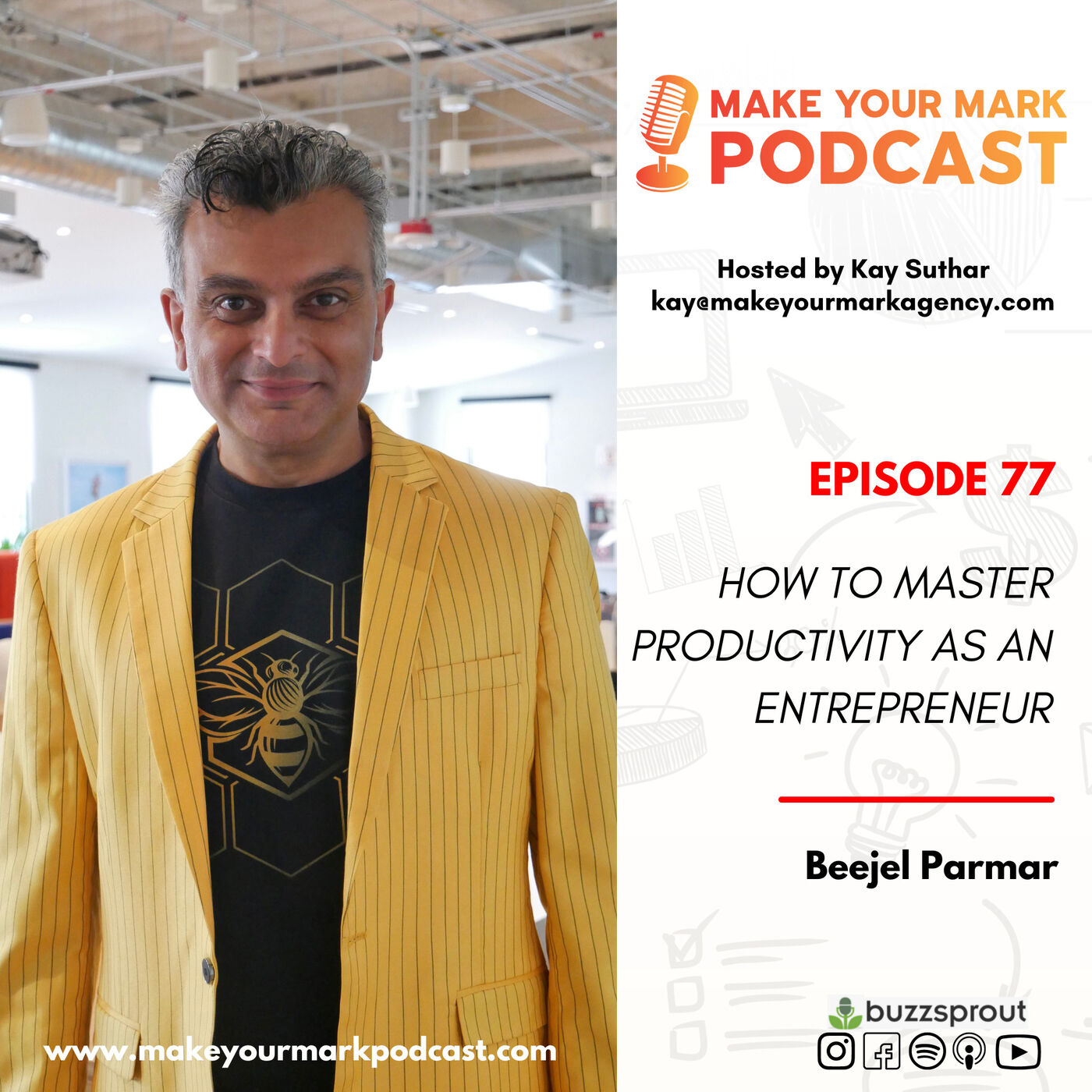 MYM 77: | Entrepreneurship 101 : How to Master Productivity as an Ent…

Welcome to Make Your Mark Podcast episode 77! Join Kay Suthar and Beejel Parmar as they discuss the importance of delegation and planning in becoming a productive entrepreneur. Beejel emphasizes the need to focus on the tasks... 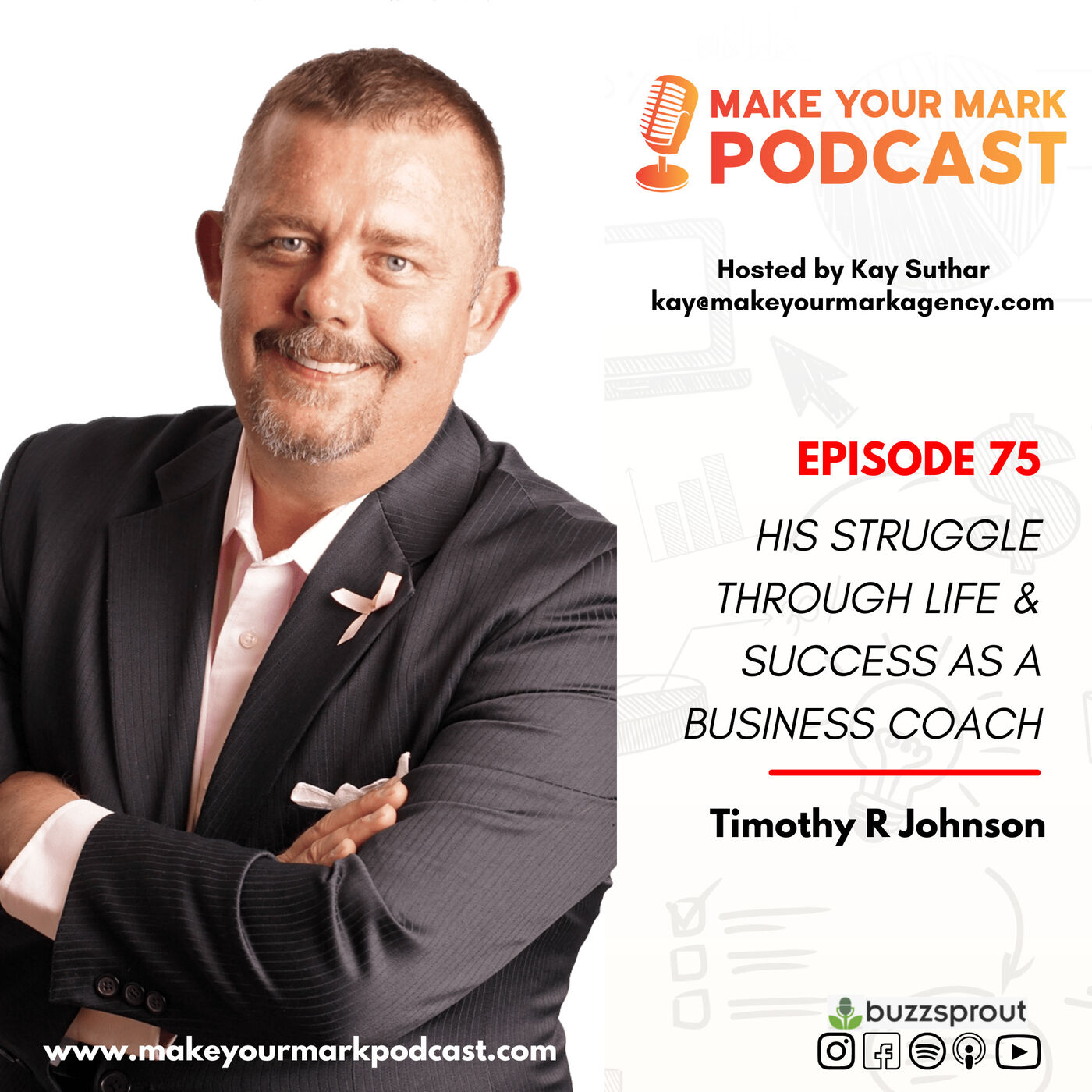 MYM 075: | Timothy R. Johnson : His Struggle Through Life and Success…

Welcome to Make Your Mark Podcast episode 75! Join Kay Suthar and Timothy R. Johnson as they talk about his shocking but motivational life story. Despite the challenges, Tim has launched several businesses, published a book t... 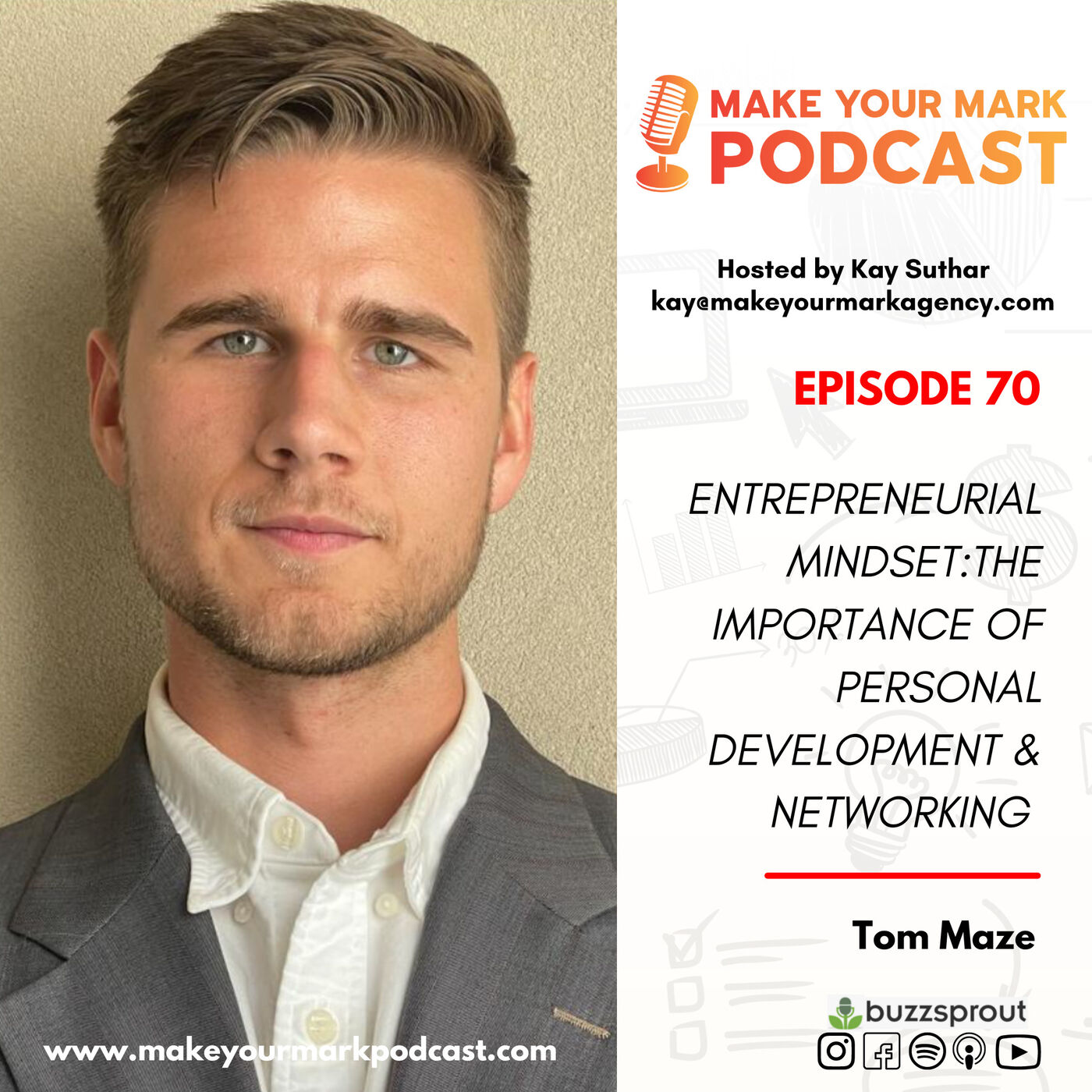 Welcome to Make Your Mark Podcast episode 70! Join Kay Suthar and Tom Maze as they talk about his entrepreneurial journey. He continues to learn and develop his thinking as he expands his businesses, drawing on his experience... 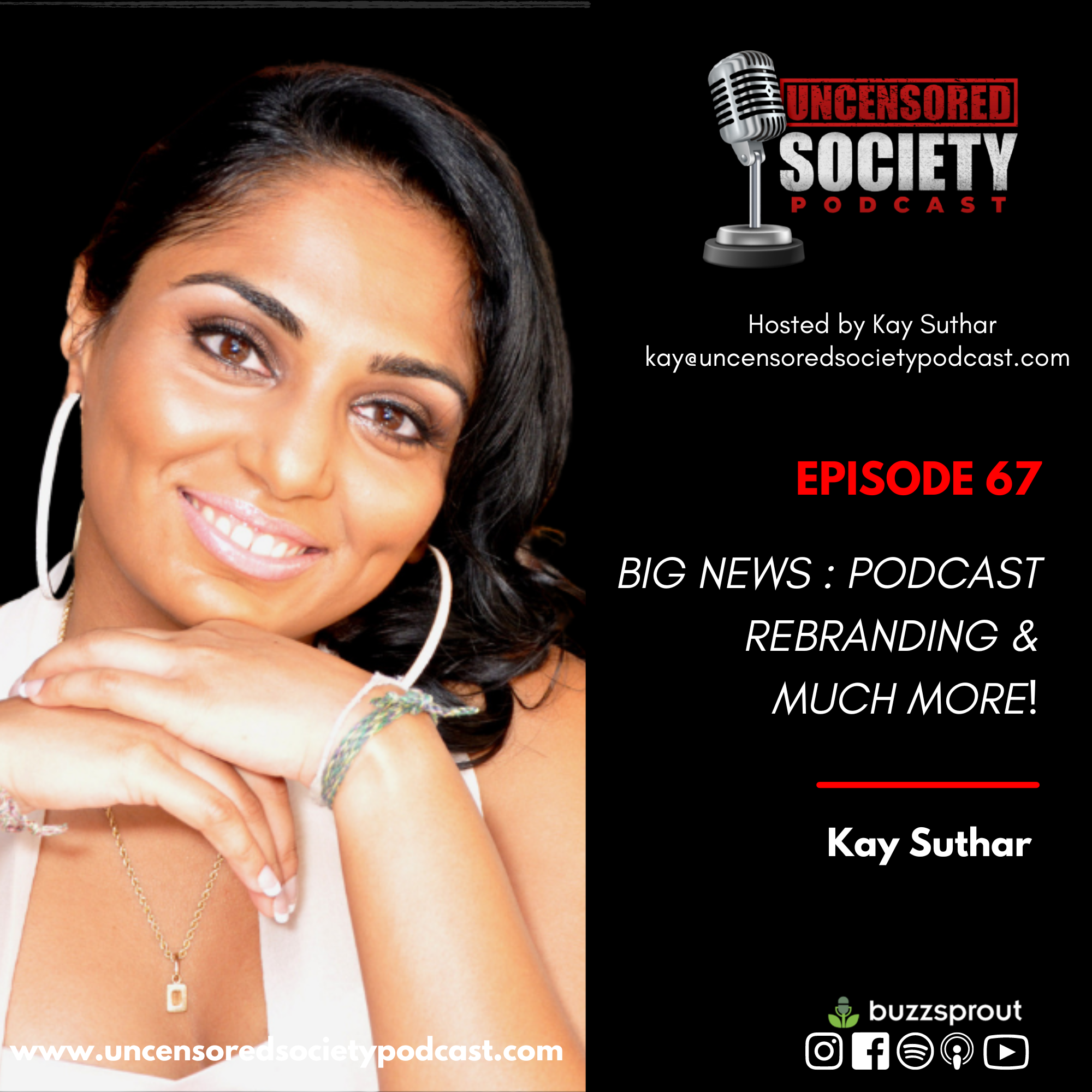 Welcome to Uncensored Society Podcast episode 67! Join Kay Suthar as she shares some exciting news about bouncing back even more powerful with a brand-new show called Make Your Mark podcast. Many of Kay's audience has express... 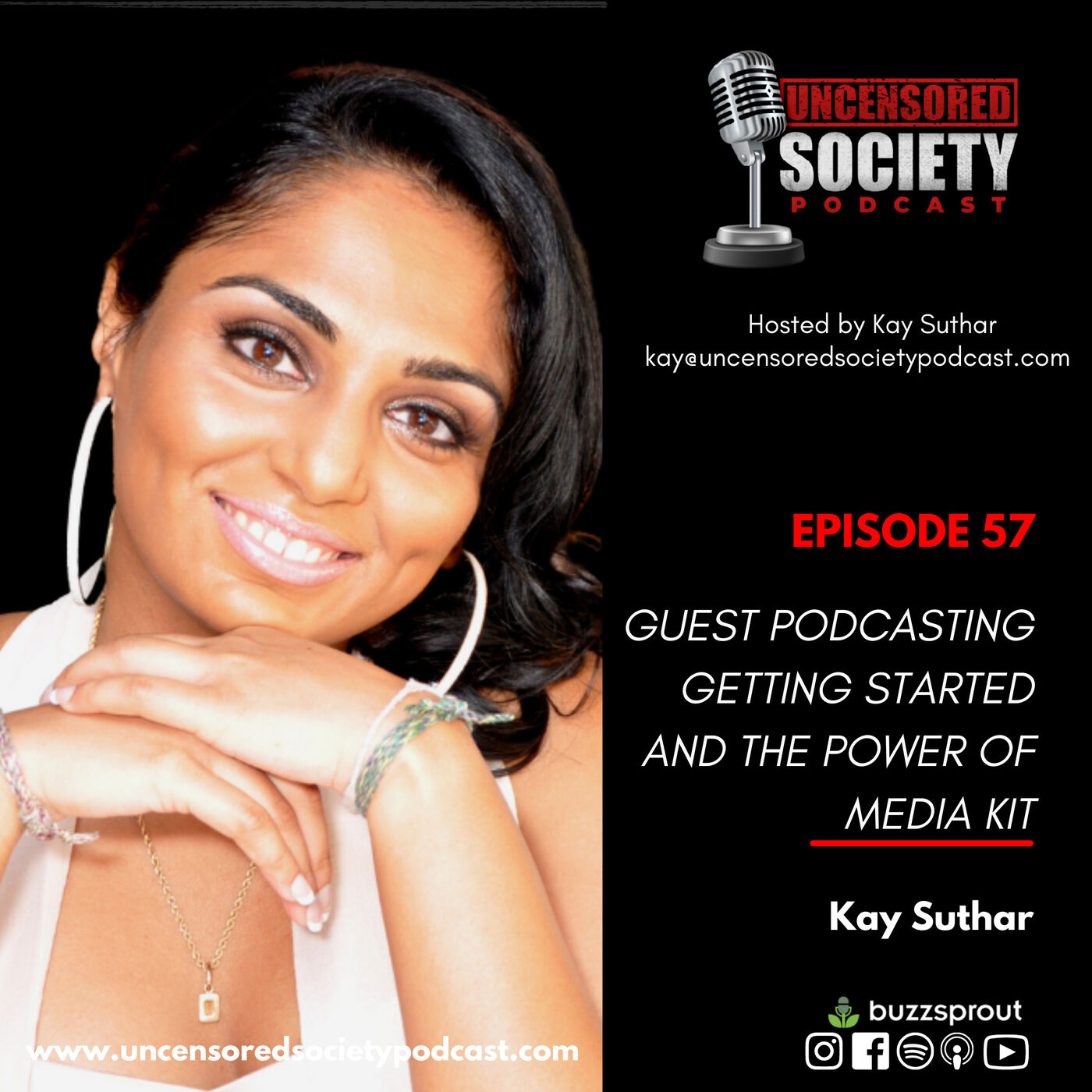 USP 057: | Guest Podcasting : Getting Started and the Power of Media …

#057 – Landing your first podcast guesting can take a lot, especially when you're not updated on how successful guests do it. Kay Suthar wasn't one of those in the beginning, but after doing trial and error, she learned the … 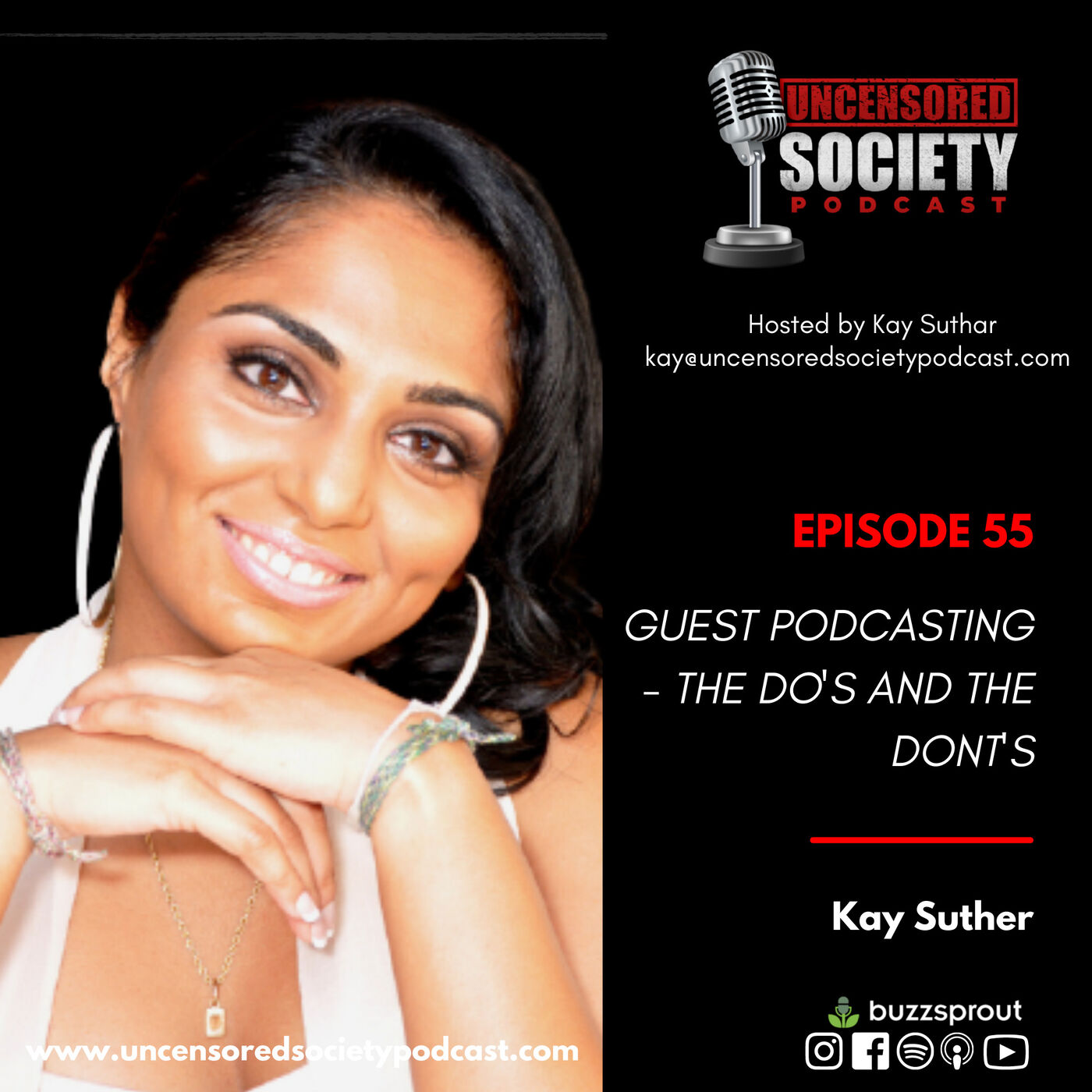 #055 – Landing a podcast guesting is not as easy as some might think. And if you believe a guesting is all about you and what you have to share, then you’re totally wrong. This episode goes over the factors …